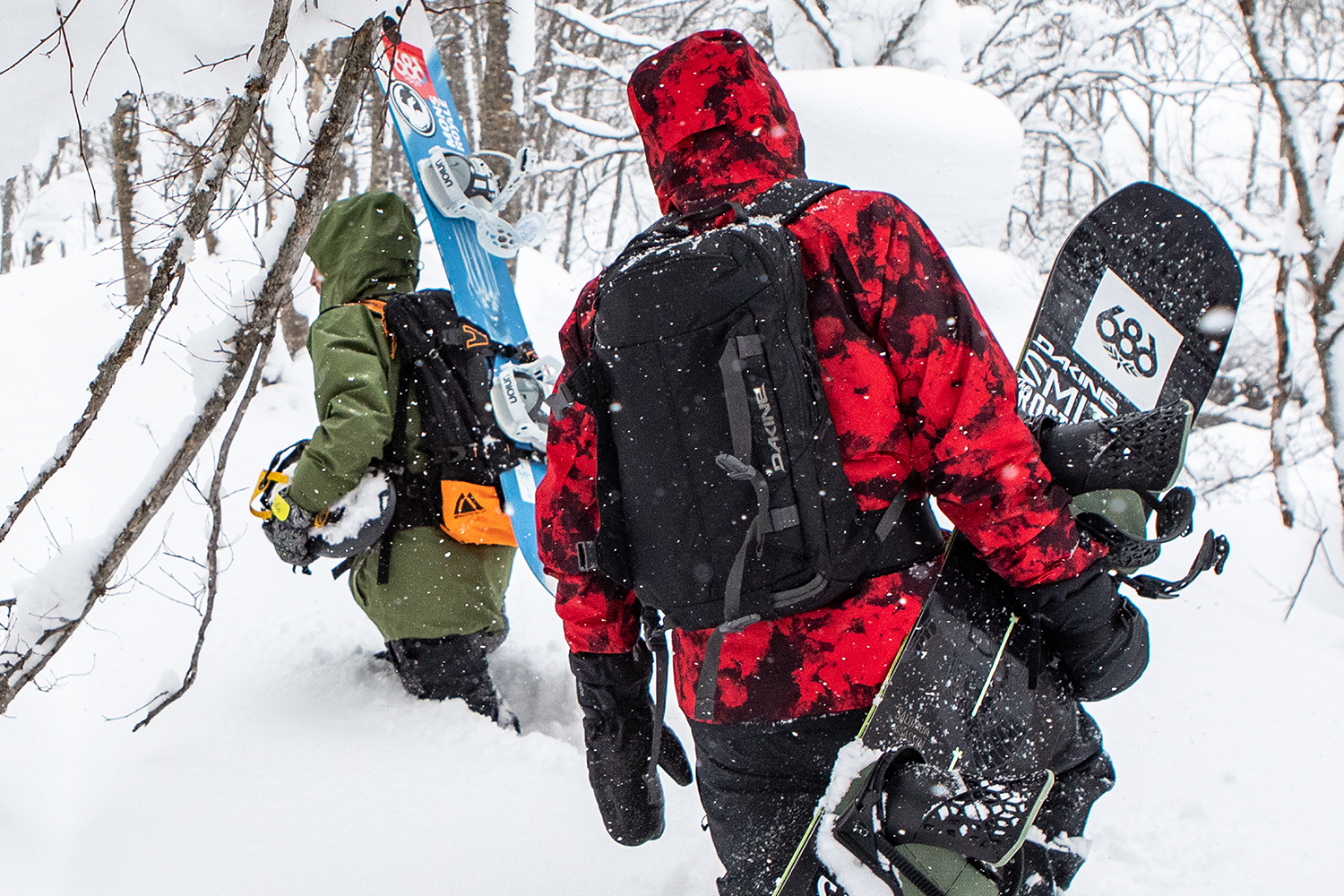 Team Riders Gigi Rüf and Victor Daviet have been busy the past two seasons working on their film project DRIVEN by the Pirate Crew. With this season cut slightly short, we were sure you had some questions for them about the upcoming film. We had Gigi, Victor, and the Pirate Crew take to Instagram to seek out your questions. Their answers are featured below. Now’s your chance to dive deeper into the minds behind the upcoming Pirate Productions film project.

How long were the project and its locations just “an idea” before you were wheels up?

It took us about 1.5 years to plan out the entire film project. That time included our push towards different media outlets, reaching out to riders and sponsors, developing a list of equipment needed, and dialing in the strategy and plan of action for each stop.

What did you do during filming to minimize your environmental impact?

We organized each trip with a 4-5 week shooting window. This helped us significantly cut down on air travel back and forth between locations. Within that window, we needed to have our segments completely finished.

What was the best/your favorite feature you hit while filming?

There were so many. I’d have to say my favorite were the tree jibs because they’re interpretational and you only get what Mother Nature offers. Tree jibs allow you to display a certain finesse and are fun because you can hike to session the feature. 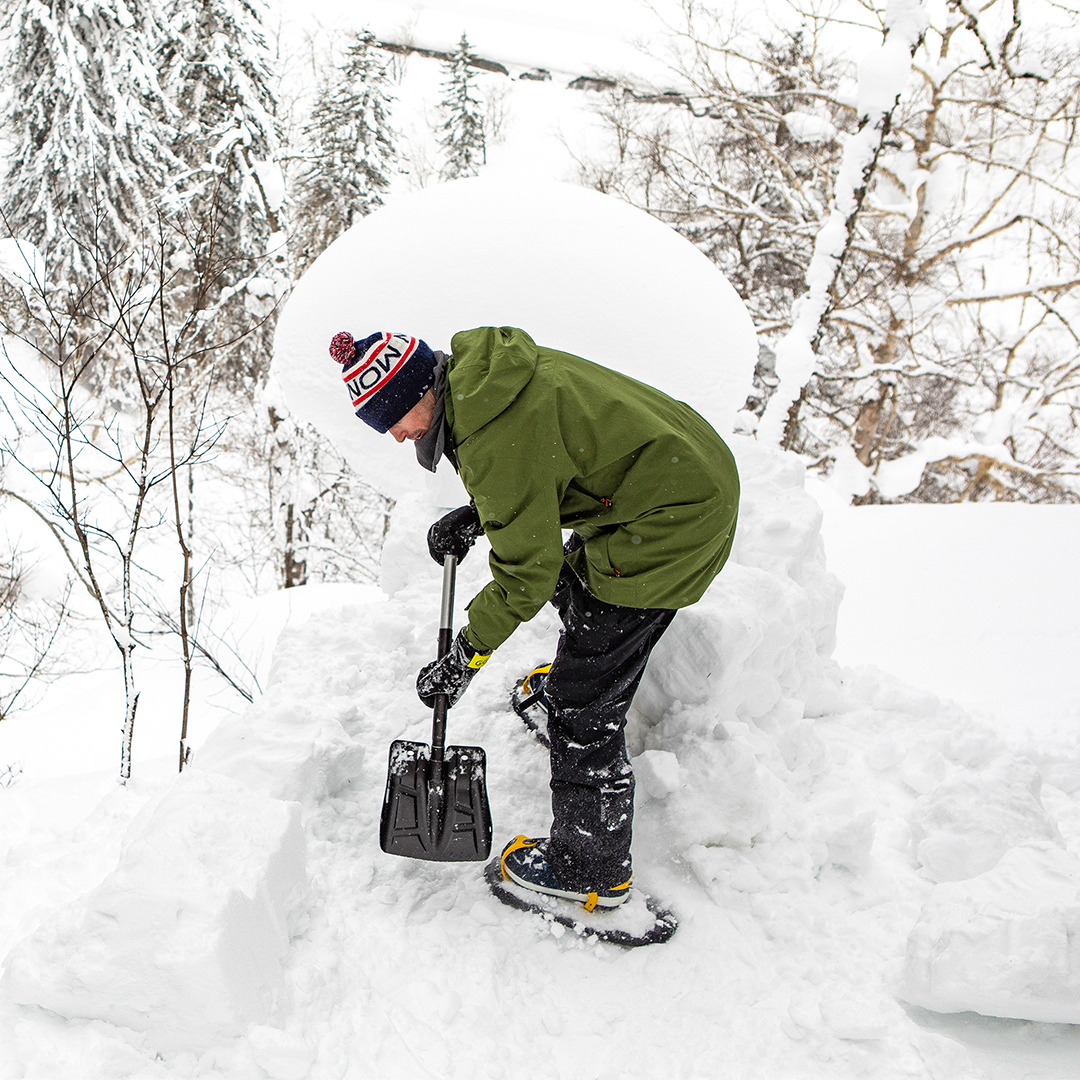 Are there also female snowboarders in the movie?

We actually were quite far in planning out a segment with Anna Gasser. Unfortunately, leading into the season, her busy schedule didn’t allow it.

If you look in the rearview mirror, is there anything you would change about the project?

It’s always common to reflect back on every film project or competition and think about what you could have changed. You look back on the moments where you wished you had a second chance. In my opinion, as long as we all return home safe and healthy, it’s a win and I’m content with anything we achieved.

In one word, describe how it feels to take your first powder run of the day? 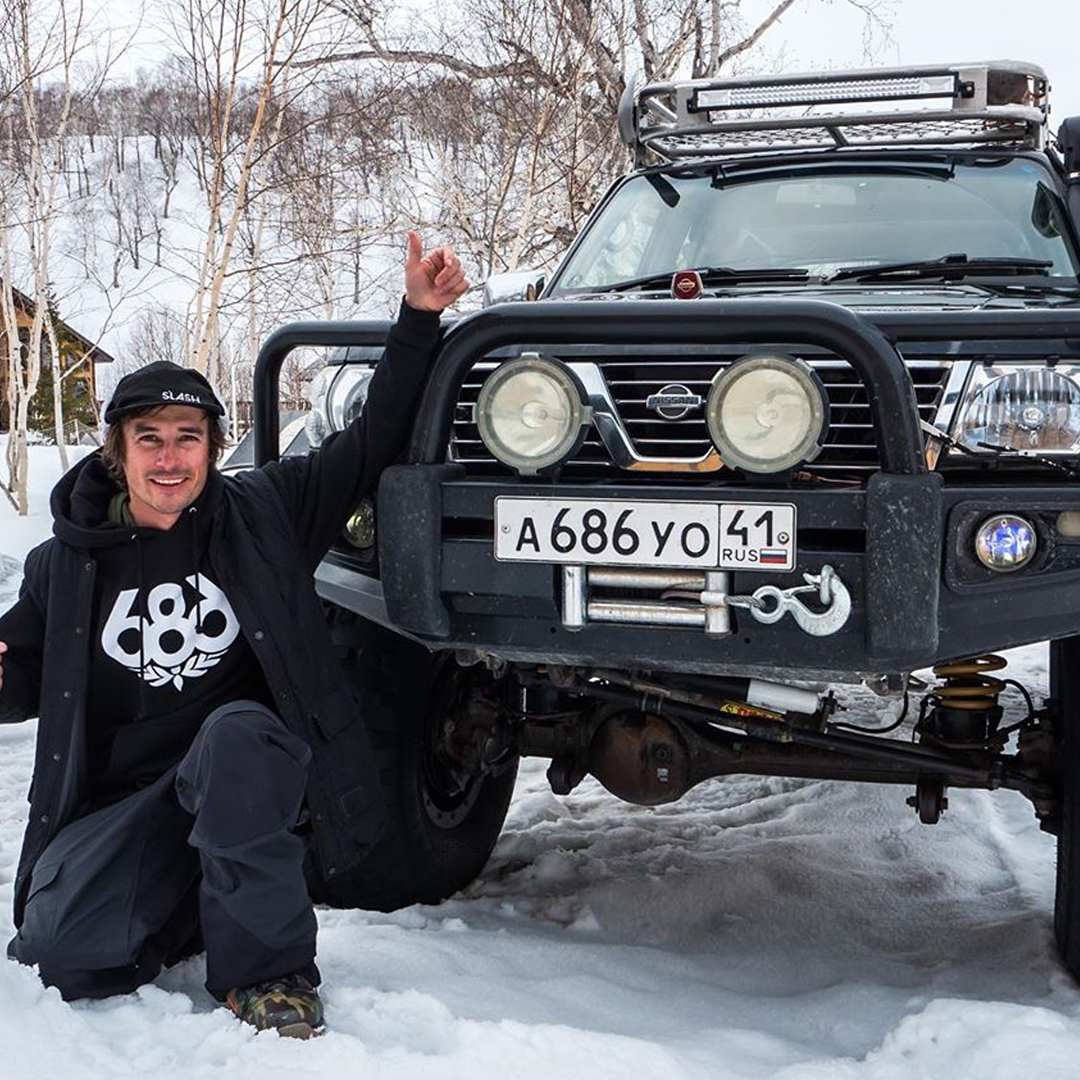 Where was your absolute favorite place to travel for this film?

Honestly, all of the locations were astounding! I am beyond thankful to be able to follow these calls to action and travel with such an amazing group of friends. Kamchatka was a new destination on the snowy map for me. There’s no doubt that I made some lifelong memories there.

When can we watch this thing?

The new plan is to release the fall of 2021. After two years intense shooting, the original plan was to release the movie this coming fall with a big premier tour! Unfortunately, due to the poor snow conditions in some part of the world this winter paired with COVID-19 pandemic that cut our season short, many important trips for the movie were canceled. For that reason, we are using next season to venture to those missing destinations and finish the movie off strong.

It was definitely a difficult decision to extend the release date and pull the plug on various trips this year, but we think it’s important to showcase the quality film we envisioned and an extra season will allow us to create the project we set out for. Stay Tuned!

Do you enjoy riding with legends or is it really high pressure?

Honestly, both! For this film, I went on two different trips. For both adventures, my "work colleagues," riding team or friends (depending your point of view) were Gigi Rüf and John Jackson. Yes, you read correctly, two legendary riders.

I grew up watching their video parts everyday to get hyped and inspired. With that in mind, I definitely felt some added pressure at the beginning. As time passed, I realized how cool, helpful, and open minded they are and quickly felt comfortable shooting along side them.

Whenever Gigi and John ride, they put on a show! They’ve definitely pushed my riding and my vision at different locations. It has been a real honor traveling and snowboarding with them. They really are amazing humans. 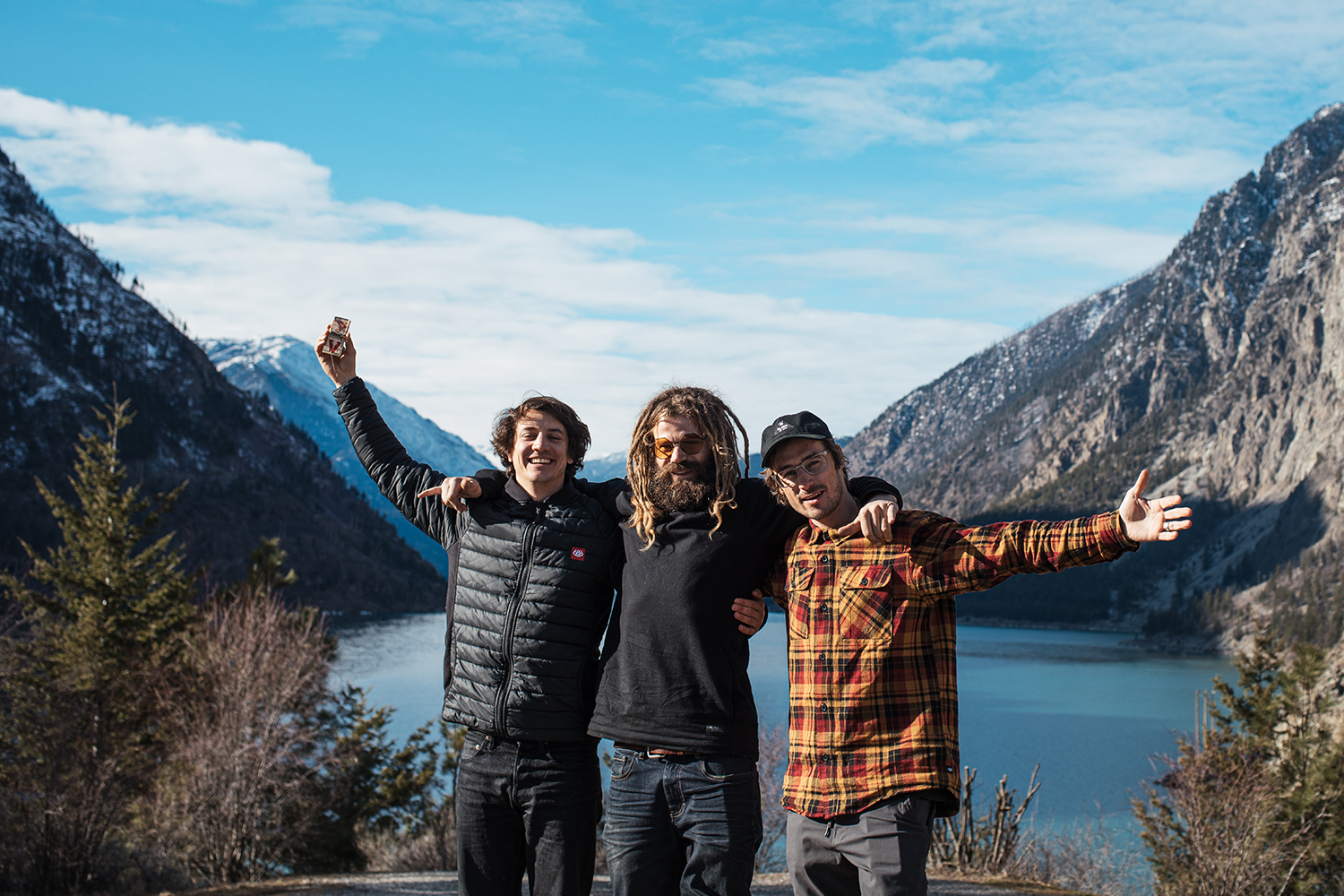 What was one of the funniest moments you experience while filming?

There were so many, but the most memorable funny moment had to be during our Japan trip. On one day, John and I decided to take few runs in some Japanese Pikachu suits in 1 meter of fresh powder! The shots turned out incredible. At the end of the day, the weather got really bad. I ended up driving the crew back in a crazy snowstorm. It was so cold that I ended up keeping on my Pikachu suit.

This drive back was an adventure let me tell you. There was so much snow, that I was doing legitimate snowboard sprays with our car. At some point, I ended up getting us stuck in a massive wind lip on the road. Now, we were in the middle of nowhere during a snowstorm at night on the Japanese countryside with no one around. Our car was stuck 1 meter deep in the snow (we had snow up to the windows and couldn’t open the doors) and I was still wearing my crazy Pokémon suit! We couldn’t stop laughing about the fun/shitty situation I put us in.

It took us about an hour to finally dig out the car and get back on track. Right when we were about to head out, some Japanese workers approached us to check if everything was okay. They literally tripped out seeing us crazy tourists wearing costumes in that situation. Such good times. 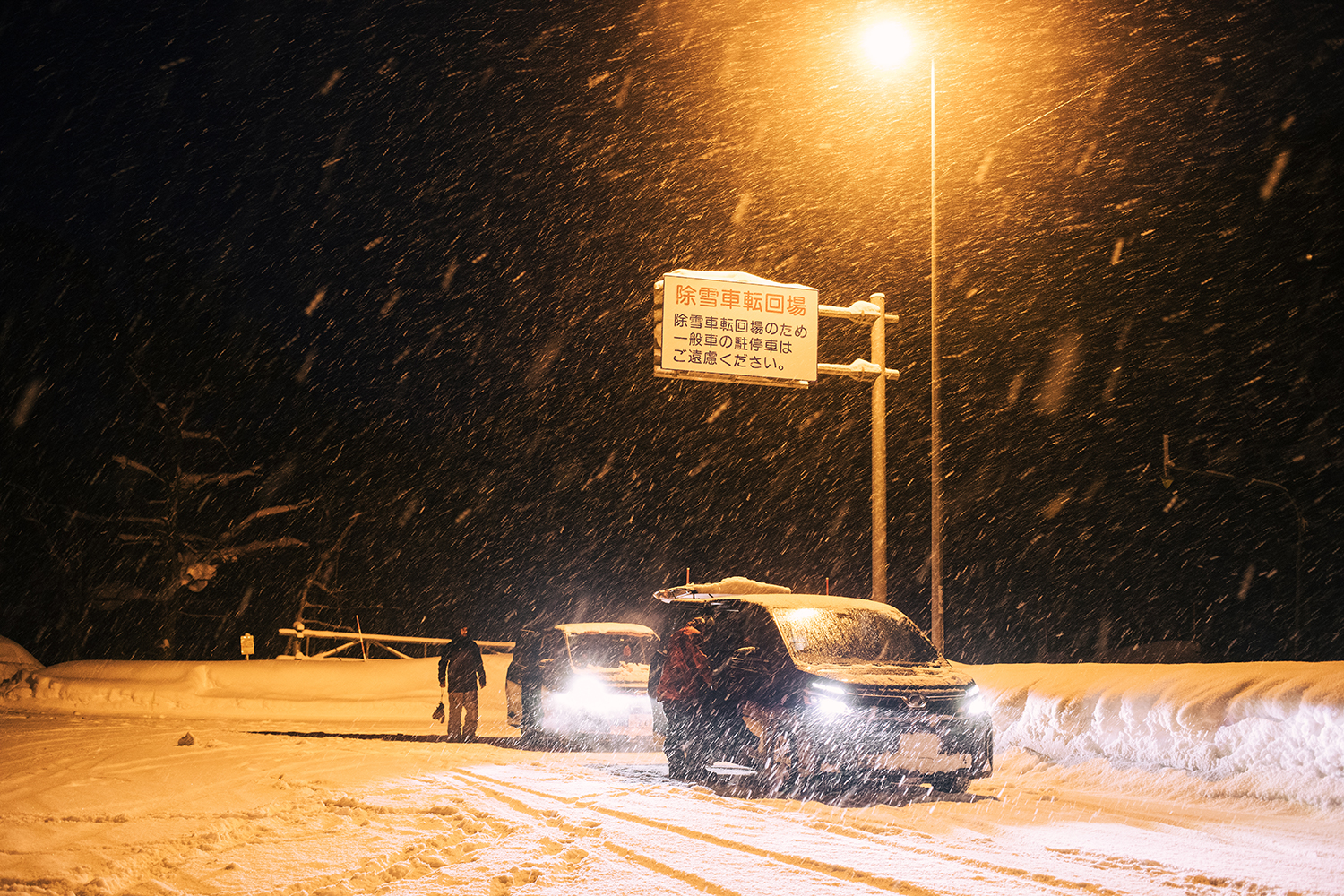 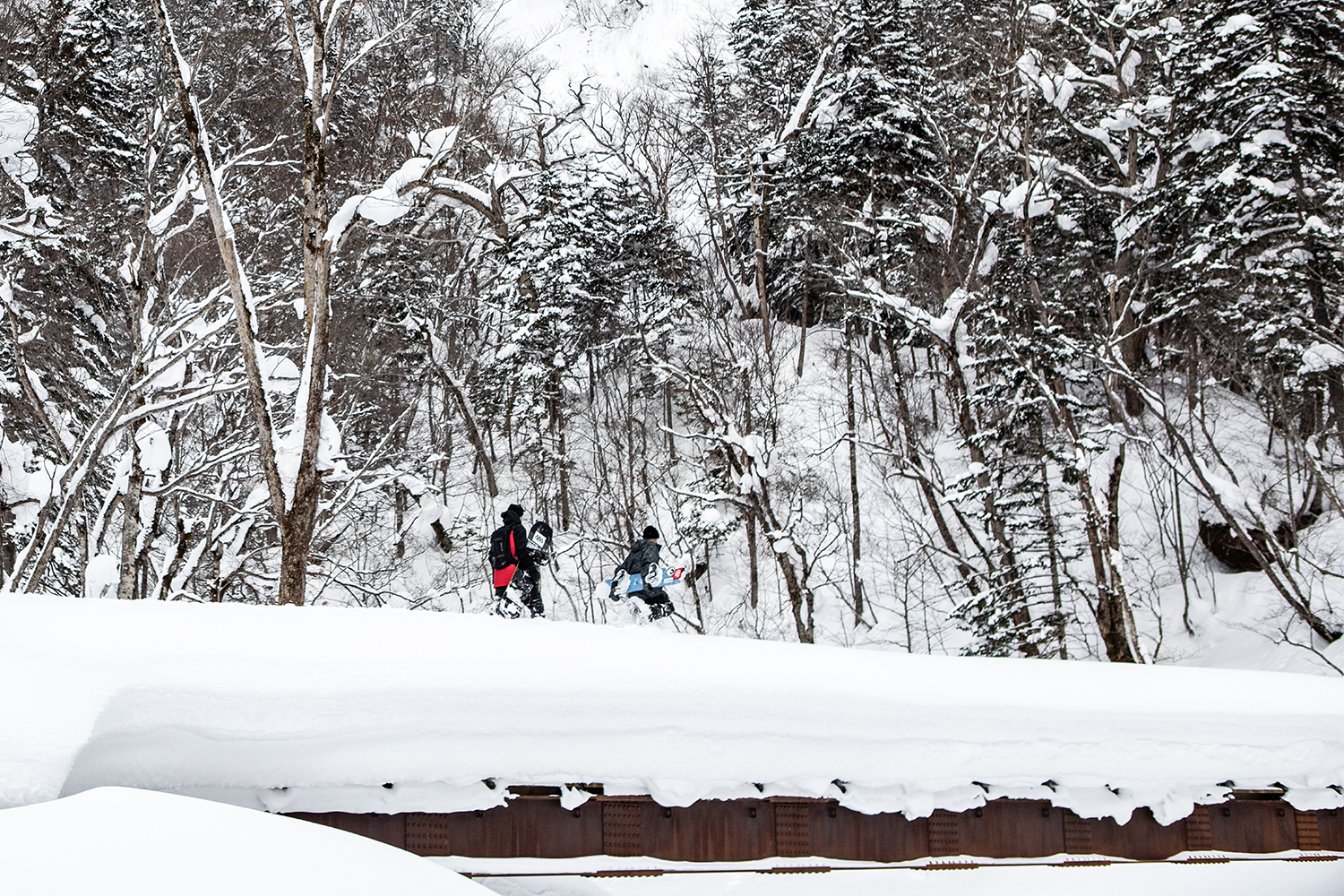 Do you miss the days of making DVDs and vs. VHS tapes vs. Social Media posts?

Both have or had their good and bad sides. Back when there was a market for VHS tapes and DVDs, snowboard films in general definitely had more value and were somewhat more exclusive, which led to a greater impact overall. On the other hand, it was expensive to produce VHS tapes and DVDs, which made it more difficult to reach the same number of people that we can now by making films available for free online.

What countries did you film in for DRIVEN?

So far, we have had the opportunity to film for DRIVEN in Japan, Austria, Canada and Russia - Kamchatka to be precise! Unfortunately, as we all know our season got cut short and we couldn't fully finish what we had started... There are a handful of other locations we have on our list and hopefully we will be able to hit Chile, Finland and Alaska to finish the project the next season. 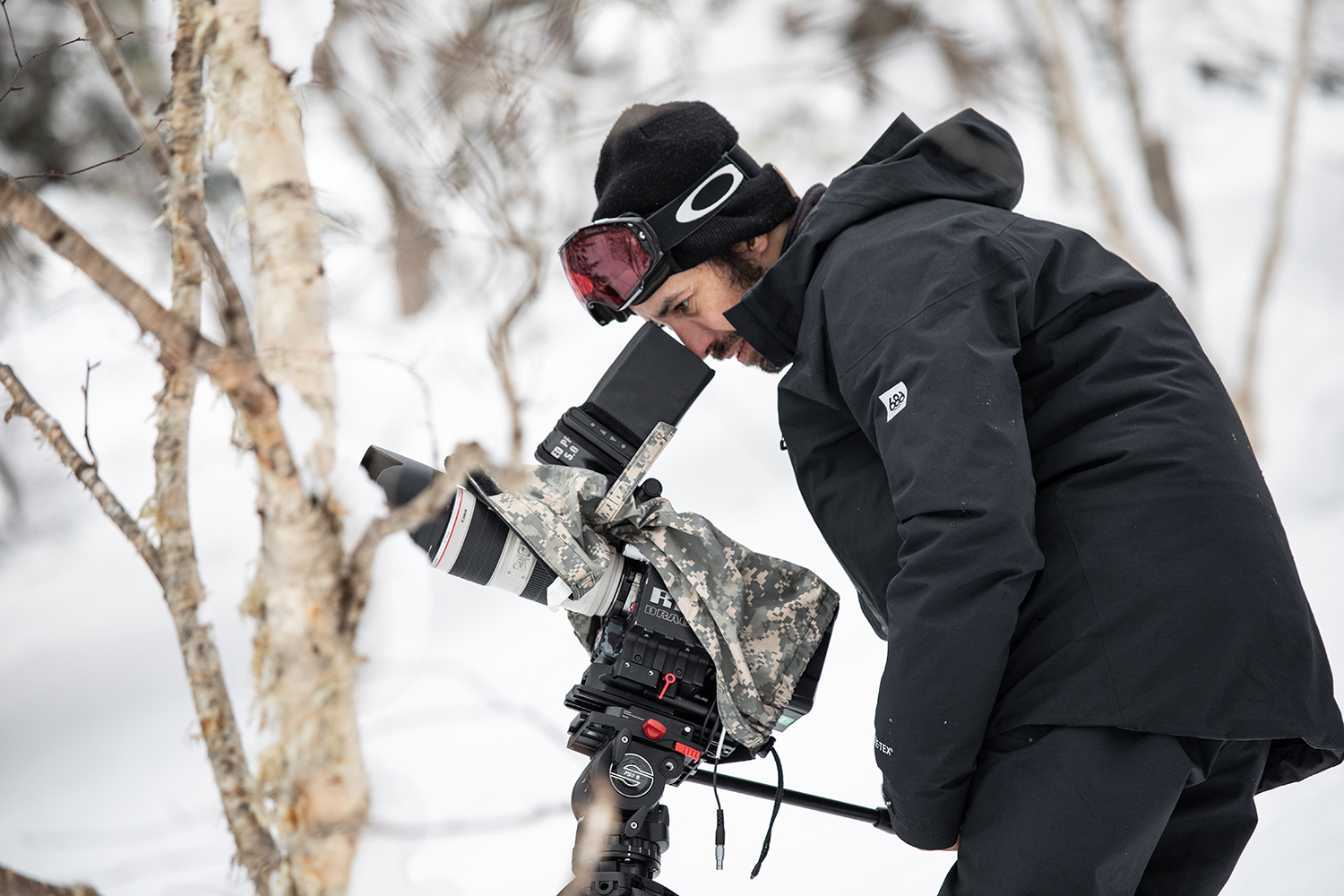